Graduating from Seton Hill University is bittersweet. I've met the most amazing people who I know will be friends for life. The MFA program has been life changing for me-it truly helped me grow as a writer in ways that I could have never learned on my own.

Here's what I take away:


If you want to pursue a MFA, you have several options. You need to research what type of program you'd like to join. Literary fiction is not for me, so I knew I wanted to pursue Popular Fiction. SHU has a low residency requirement- 5 days/twice a year.

Uncovered-Sequel to Unraveled Coming in July

The sequel to Unraveled is scheduled for release in July 2014 by Evernight Teen.

Last year sixteen-year-old Autumn solved her sister’s murder. This year, she is part of a high school forensic dream team that assists the police when teens are kidnapped. When it’s discovered the kidnappings are part of a secret online survivor game, the police and team focus on the game maker-the man behind the game. The focus of the investigation shifts when Autumn is singled out and becomes the target of the Game Maker’s sick game.  Through encrypted messages hidden in steganographs, Autumn must discover who the last kidnapping victim is if she hopes to save him in time.


As a Mexican-American writer, I've very proud to continue Autumn's story. She's a smart, driven Hispanic teen that wants to make her own path in life. My hope is that young Latinas will draw inspiration from Autumn. 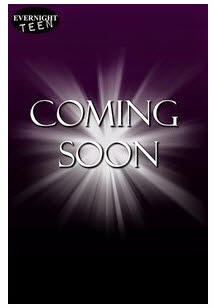 Posted by Susan X Bradley at 12:46 PM No comments:

What is a Serial Killer?

Where did the term serial killer originate? I went to the FBI webpage to look up some facts regarding what constitutes a serial killer.

Here's what I found out:
For more information, check out the FBI website: http://www.fbi.gov/stats-services/publications/serial-murder

And the Winner Is...

Thanks to everyone who participated in the Evernight Teen Blog Hop. Our 1st birthday was memorable.

The winner of my prize the $25 Amazon gift card is Angela Searles.

Before CSI, NCIS, and Criminal Minds, someone had to have the thought about how evidence could lead to the truth. I was curious about how the science of forensics came to be. This is what I found.

Once upon a time in 1235 the story of Sung Tzu appears. It contained the first recorded documentation of forensic use to solve crimes. One case noted occurred during the Song Dynasty in China. A man was murdered and the local officials were looking for his killer. They determined he'd been killed by a sickle by experimenting with different weapons on animals.
They asked everyone in town to produce their sickles for examination. Though it was clean, one sickle was still attracting flies due to the scent of blood. They had their killer. Perhaps scared by the evidence before him, the man confessed.

Sung Tzu continued to record his findings in a book called Hsi Yuan Chi Lu (The Washing Away of Wrongs).

Advances continued starting as early as the 1600s.

1880- Henry Faulds and William James Herschel published a study on fingerprints. This study was used to push for using fingerprints as evidence.

1904-Locard's famous principle is born:  "Every contact leaves a trace."

1912-Victor Balthazard discovers that gun barrels have a unique property to them. Therefore, no two guns will leave the same markings on a bullet.

1974-Gunshot residue can now be detected on a suspect

I find this all so fascinating, if you have other major advances in mind, post them in the comments.

Posted by Susan X Bradley at 12:58 PM No comments: Food plays an important role in my young adult mystery, Unraveled. Autumn spends time with her family and extended family over the dinner table. Even Caedon gets introduced to the family over a large meal.


In the Hispanic community, meals are a time to gather together, talk to each other, and just spend time together. I remember lunches at my grandparent's house in Mexico. We would travel their every summer. To this day those are some of my happiest memories. Preparation for lunch started right after breakfast, and usually took the whole morning. There were several courses. One of my favorites was my grandmother's carrot soup. I still need to get the recipe from her.

My grandparent's had several lime trees so we always had pitchers full of limeade to drink during our meals. They also had avocado trees, so fresh guacamole was always available. No wonder I'm such an avocado lover. Mangoes were plentiful, and were usually dessert for all of us.

One of my favorite foods is called flautas. They are corn tortillas filled with shredded chicken. They are rolled up tight, then fried or baked. You can cover them in green or red sauce. I just dipped them in guacamole. You can also fill them with beef or ground beef.

I often get comments from readers that reading Unraveled makes them hungry. I love that. Food plays a big part in Autumn's life so I'm happy that came across.

Unraveled is on sale at the following sites:
Amazon
Barnes and Noble
Evernight Teen

On Feb.1st, I will randomly select one winner. Be sure to include your e-mail so I can contact you.


To win Evernight Teen's prize of $100 I-Tunes gift card, enter here: a Rafflecopter giveaway You can also enter on the Evernight Teen site. Evernight Teen
Posted by Susan X Bradley at 10:06 AM 20 comments:

Evernight Teen is turning 1, and we're celebrating with some wonderful prizes. We're doing a blog hop from January 24-31.
If anyone else would like to participate, please enter your info here: http://sandrapessomarketing.blogspot.com/2014/01/evernight-teen-1st-birthday-blog-hop.html

Posted by Susan X Bradley at 8:44 PM No comments:

Where to Find Me

Susan X Bradley
Ohio, United States
First and foremost, I'm a Mom. My second passion is books. I love mystery/thriller/suspense novels. My first novel, Unraveled, was released Spring 2013 from Evernight Teen. The sequel, Uncovered was released in July 2014. I have a MFA from Seton Hill University.